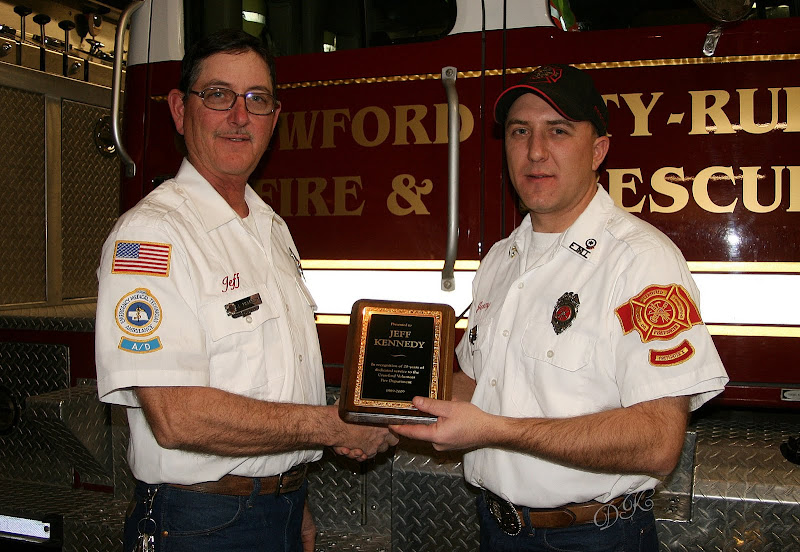 Jeremy awarding his father a plaque for 20 yeaers of service.

On Saturday night I had a date - and yes it was with my husband. He invited me to the CVFD Boss's night. I just have to brag about that, after 35 years of marriage he finally acknowledged that I WAS the boss.........but not really. I only try to boss him when I want things to go MY way, which believe it or not, doesn't happen a lot, maybe the secret to our successful marriage. But the main reason Jeff invited me was he was to be honored for 20 years of service to the community.
20 years of missed meals, & family functions, of sleepless nights, lost income, and on call 24/7. Do I begrudge that - NO. For all of those times he hasn't come home on time or was pulled out of bed to transport someone to the hospital, or fought fire for days on end, I know that he is dedicated to that life. He was there with my father when he took his last breath; he was first on call when my son was involved in an almost head on car accident, he picked up my cousin who lost his life in a train accident and was there for the little lady down the street when she fell and was unable to get up. These things make up for all the times he was absent.
Jeff joined the volunteer dept. 20 years ago and is a certified EMT and Fire Fighter. At present he is First Asst. Fire Chief. On Saturday it was with great honor that he received a 20 plaque for his years of dedication. And what made it extra special was that our son Jeremy, was the person to award him the plaque.
Jeremy is our eldest and has followed in his dad's footsteps dedicating much of his time to the Fire Department also. Jeremy is 2nd. Asst. Chief, is also a certified EMT and Fire Fighter. Both he and his father are real every day heros. It is with great pride to me when someone stops me on the street to tell me that "they sure were comforted when they saw one of them show up". 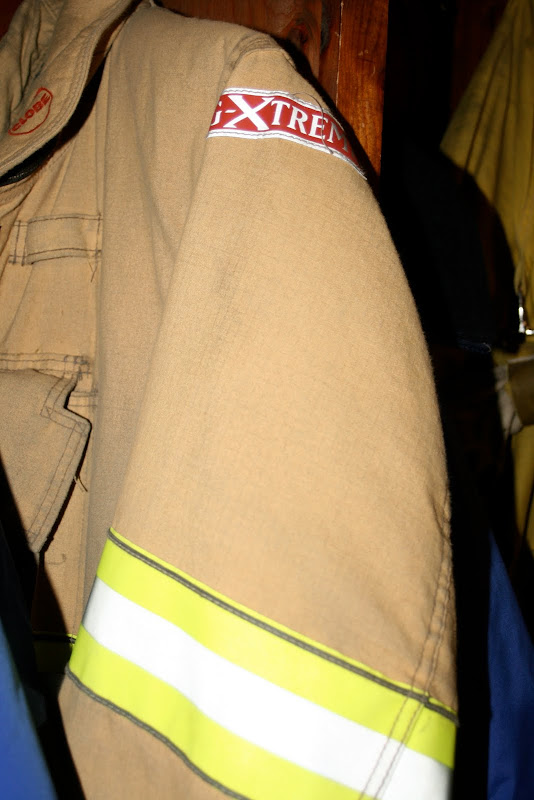 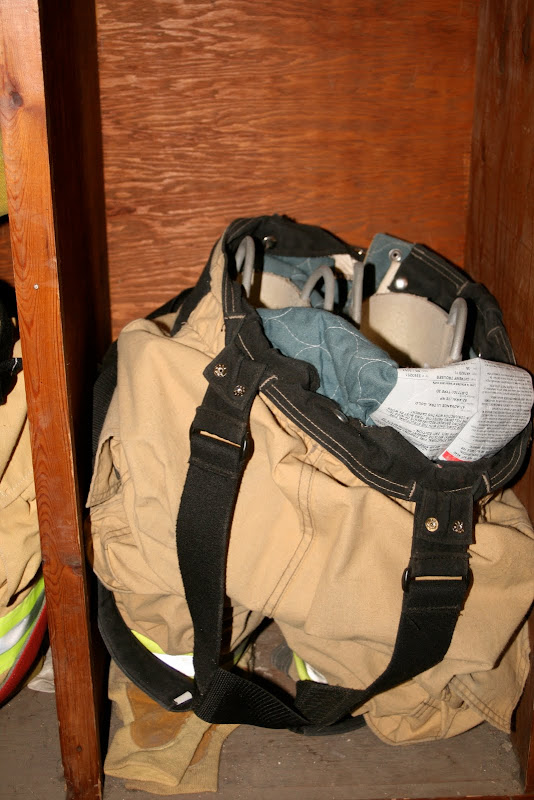 Gotta be ready to go in a minure - that includes having your pants inserted into your boots. I could only imagine me trying to get in the boots without falling over and then needing help to get up. The trucks would have left the station while I was still floundering around. LOL 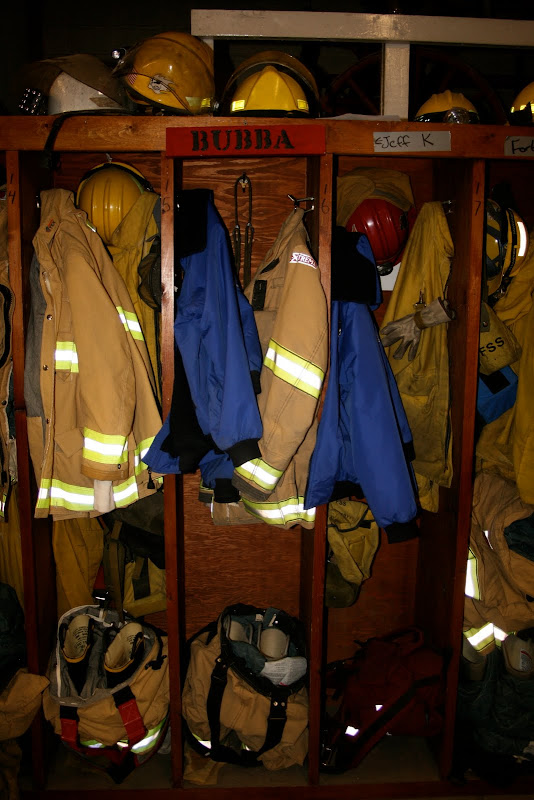 When Jeff first joined the fire department he didn't always hear the scanner trip but the rest of us did, so five pair of feet hit the floor running to make sure he was up and out the door. Not so anymore, of course the kids are gone so we have no one to take care of us. :(

Bubba - Jeff's nickname that he received some 20 years ago from his fellow fire fighters.

That was an awesome post! I want Dad to hand down his "Bubba" sign to Jaxon when he retires someday from the C.V.F.D.

Thank you to your husband, and all those other firefighter/EMT's, who are always there for us in our hour of greatest need.