Photo shoot of Three - OR How NOT to make a Christmas Card.

It seemed like a good idea in theory. Take a photo of my 3 little goats to use for our Christmas card but in actuallity - it wasn't a good idea at all. 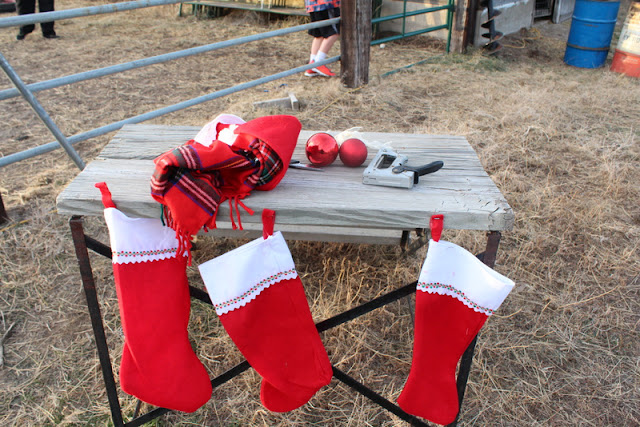 The props, 3 stockings, a Santa hat and scarf, a couple of ornaments and the goats favorite stand to crawl on. 3 people to man handle the goats and take the photos and 3 dogs to help keep herd. 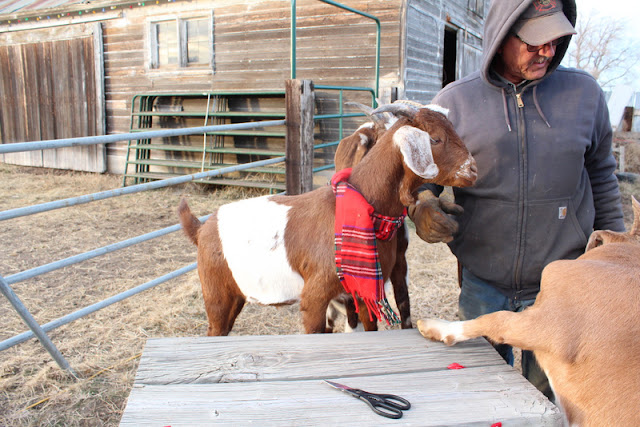 Tuffy didn't mind wearing the scarf. Tuffy is the smallest of the 3 goats and quietly moves around the other two - he usually gets his way, just the other two Lula (my only little girl) and Billy as in Billy the Bully. 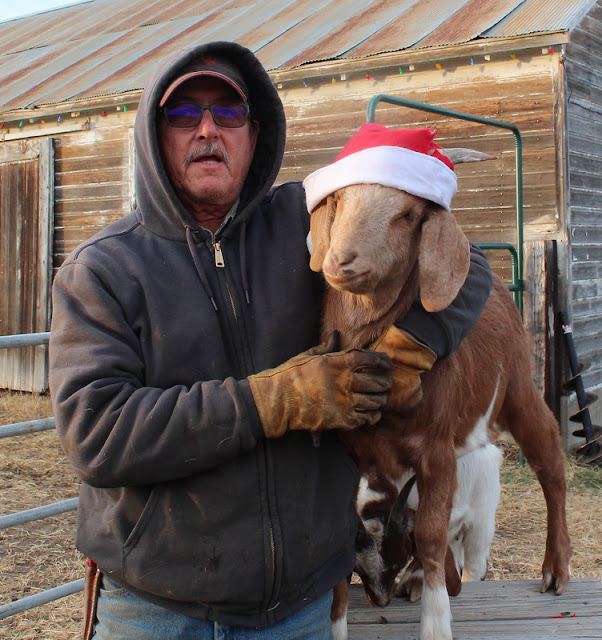 And after a bit of a tussel it was decided that Billy would wear the Santa Hat instead of the 3 Christmas bulbs that were attached (at least a dozen times), to his horns. 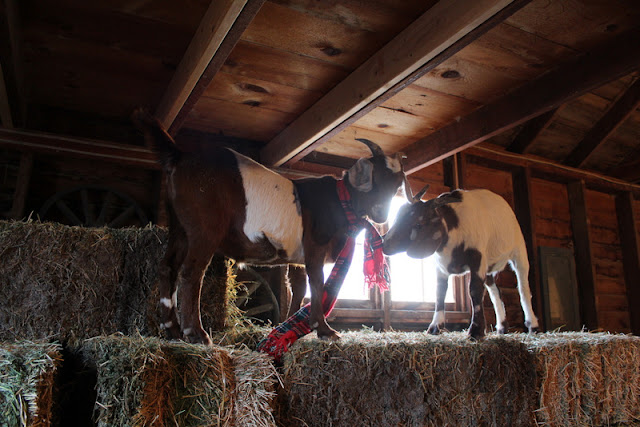 While getting Billy ready Tuffy and Lula thought it would be fun to play in the barn and on the hay bales. 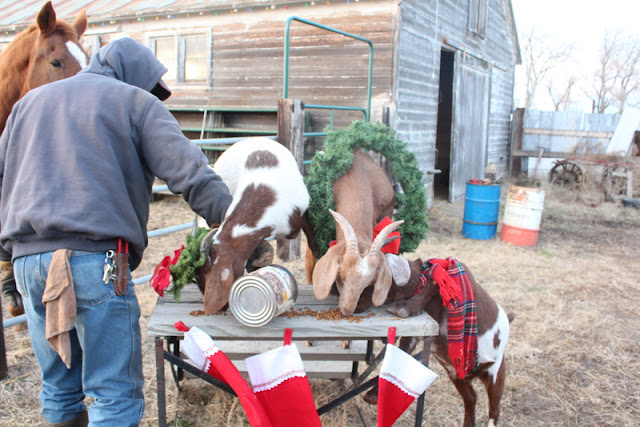 So Jeff decided to entice them with a little grain. By this time Lulu had a small wreath on her head and Bill had a large wreath around his neck. But poor Tuffy, no one would let him on the stand. 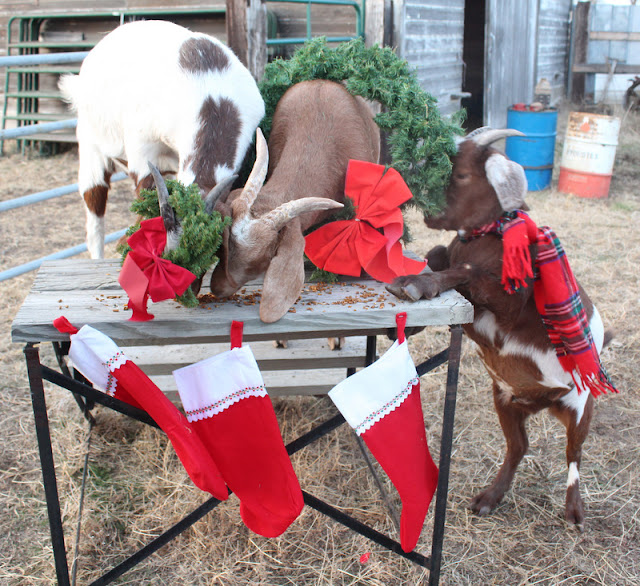 Nor would they let him eat. 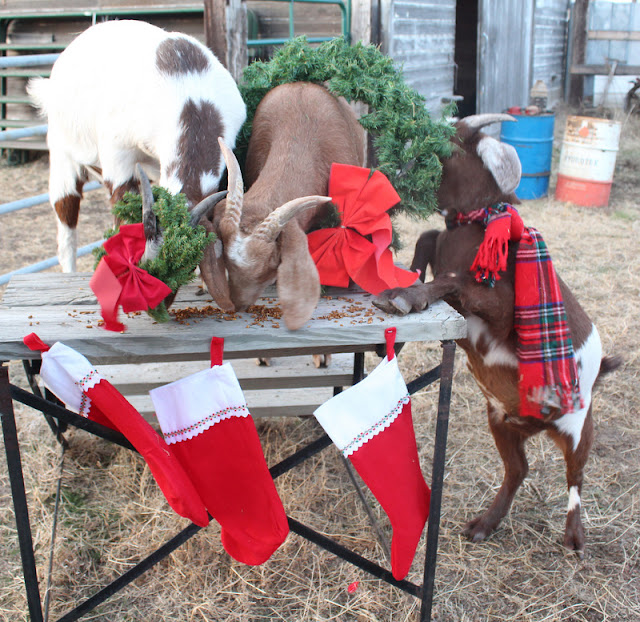 So he started munching on Billy's wreath. 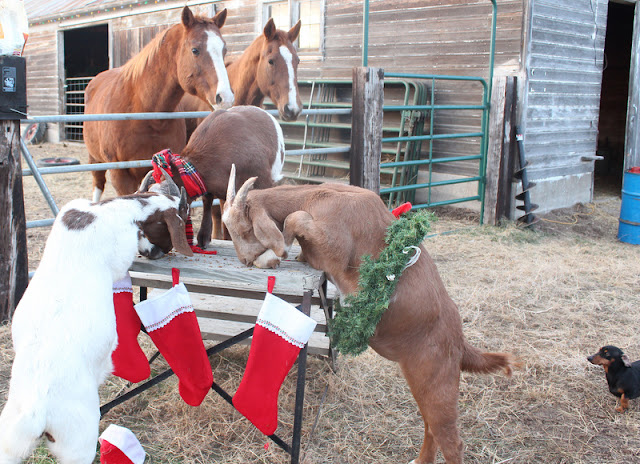 Which had fallen around Billy's chubby tummy. Tuffy did make it to the top but the other two, by then were off. Copper, lower right was trying to herd them but they wouldn't listen. Deuce and Nugget (the two horses) wanted to get in on the fun but alas they were on the other side of the fence. 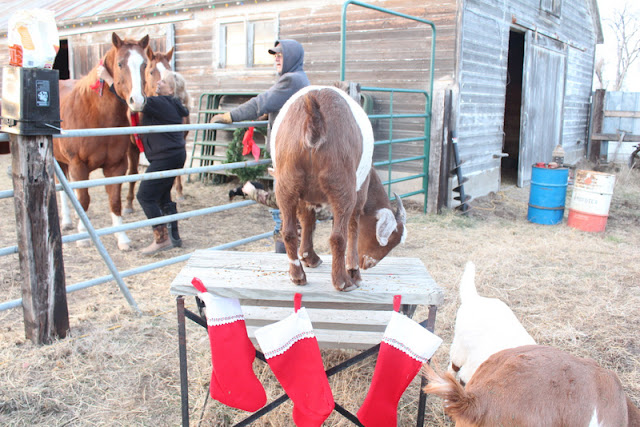 So I thought "Why not see if we can get a shot of the 3 horses." By then Tuffy had managed to get the stand all to himself and well to also moon the camera man...or lady as the case may be. My daughter Brandi, when not laughing, was taking the photos. So Deuce was to get a scarf around his somewhat chubby neck..... 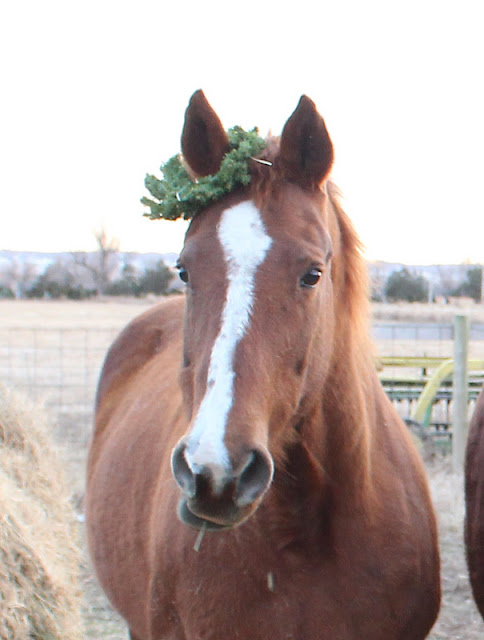 ...and Nugget got a smaller wreath on her ear as the large wreath wouldn't go over her long nose. 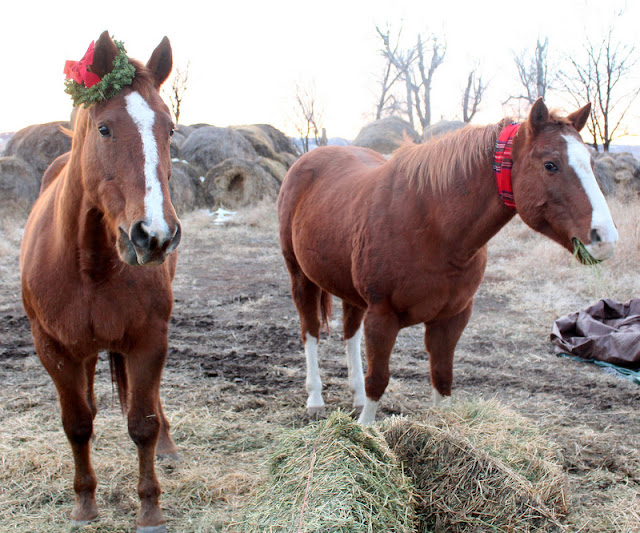 And they were looking pretty good, except Deuce looked like he was choking and Nugget looked like she was trying to talk and we had yet to get Hickory (the 3rd horse) into a photo. 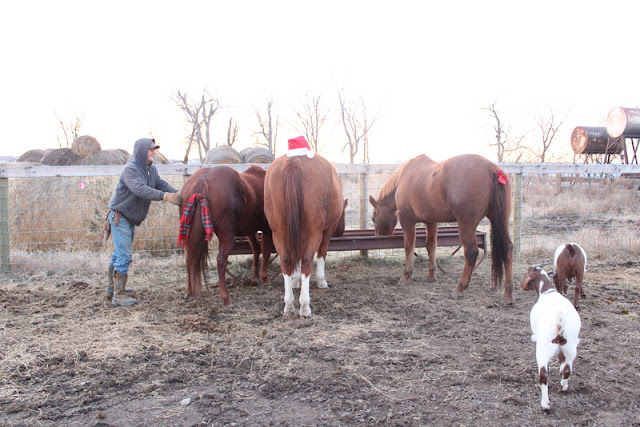 So Jeff suggested a photo from behind as no one cared if they had a scarf and ribbon on their tails or a Santa hat on their rump. He had to give Hickory a little shove to fit his bum into the photo and then... 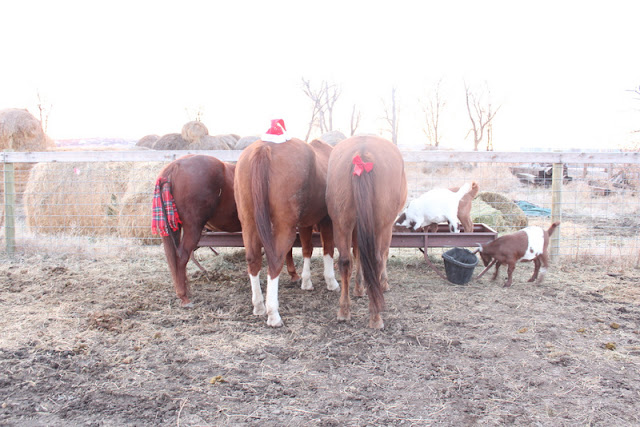 And then, there you have a "tail" of 3! 3 Goats, 3 Horses, 3 humans taking photos which took about 3 hours and this was the best we could get.

Merry ChristmASS to all!

One more for the books - the 21st Fort Robinson Historical Christmas is now a thing of the past. Celebrating the year 1891 was rather exciting as that is the year Fort Robinson expansion built one of it's new Officer Quarters. And in 2015 we celebrated the re-birth of that building in a dedication celebration earlier in the year. 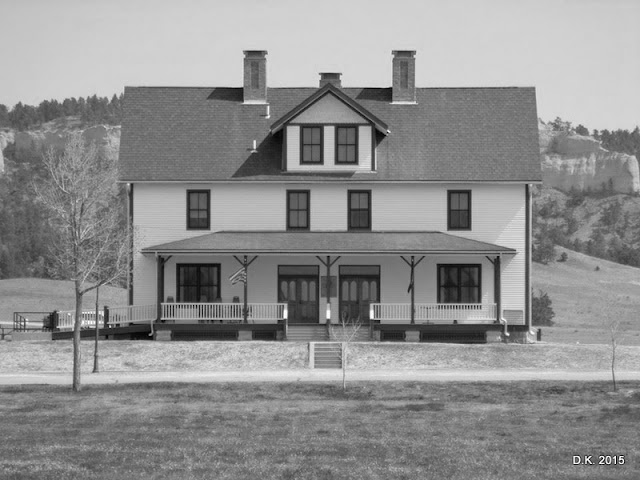 Here is our centerpiece this year. 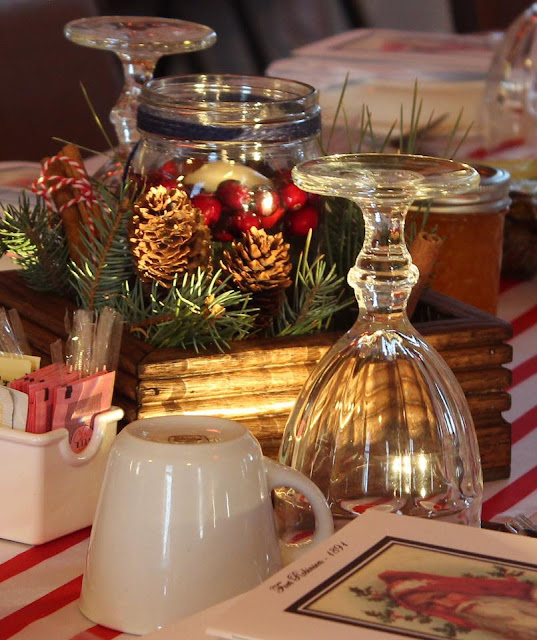 The colors of course for a military dinner - red, white and blue.
It was a wonderful night and now, plans for 2016 are already in the making.

Posted by Debbie at 4:02 PM No comments:

No  matter how hard I try I just can't find time to update my blog. I have a lot of reasons why not such as, the little acreage we just purchased that requires tearing down buildings, mowing, cleaning, building fences. Then add 11 grandchildren that live in 4 different town doing every sport available, then having a JOB!!!

But NO, I am going to blame it on Pinterest! I can work around everything else but when I pull up Pinterest it is like being in a world all my own. Ideas swarm around my head, visions of decorating, gardening, photography, sewing, crafting and scrapping engulf me and pretty soon hours have passed and there is no time to blog, no time to surf the wonderful world of blogging that kept me so busy before.

I think I need an intervention. YEP a full blown, can't touch a computer, pull up a site on my phone, intervention. I need to quit living vicariously through Pinterest, get off my duff and experience the magic of DIY projects.

So here is to living the dream instead of dreaming the dream...........and my first project, to work on my cottage garden studio!!