When the grannies come to stay it's not all work and mostly play. 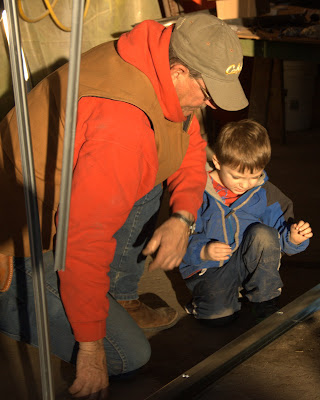 One of our February chores is putting up the greenhouse. This year it was a brand new one that Jeff bought me on sale last year. It was to late in the season to put it up so I have been excitedly  waiting for that warm day in Feb. when we could put it together. Gramps and uncle Greg have used a lot of patience putting it up with the help of Cash, Emma and Jaxon. 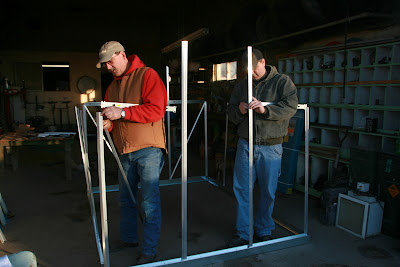 The frame seemed very flimsy but once everything was together it seemed rather sturdy. 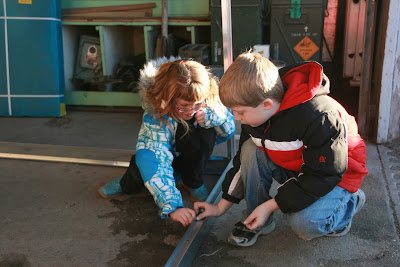 Emma and Jax help by putting in the hundreds of screws. We did get the whole thing put together and now it is sitting snuggly in the garden waiting for that planting time. 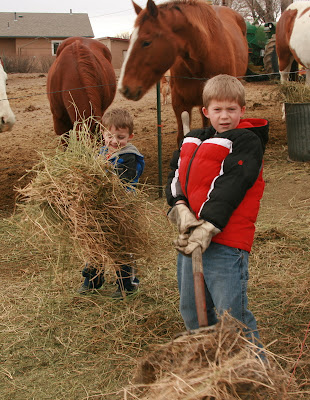 Jaxon and Cash help with the horse chores. It takes a lot of trips with the little amount they get on their fork but they got them fed. Then Lucas helps grandpa look for places that the rabbits hide and fed them some grain and hay. 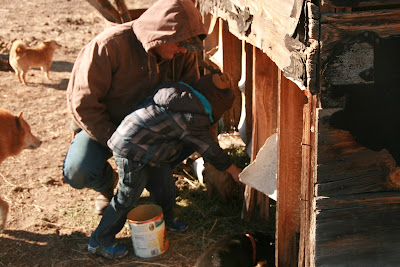 Did anyone watch that ad during the Super Bowl? The one about a farmer? Well I couldn't help but think of Jeff during that ad especially when it says a farmer will stop his work in the hay field to splint the leg of a bird. Well that's my Jeff, he would do that and may have even done that. I know he packed a bunny home that got his ears cut in the sickle and nursed it to health. He continued his work that day after hitting it, carrying  the bunny around in his shirt. Well now he goes out to the country and puts alfalfa out for the rabbits this winter and feeds the deer out of his hay stash because he knows they are hungry.  We really need to live in the country!!

Posted by Debbie at 7:14 PM No comments: