Son #2 invited me to spend the weekend with his No. 1 son and watch some 7th grade basketball at a tournament in Sidney. I was excited to go, as I don't get much time with my grannie Taylor. He's a teenager now and well......you know, busy.  I love basketball and love watching it played so it really was a GREAT get-away for me. No dishes, no cleaning, and time spent with some great people, what more could a gal want. Taylor Michael we are proud of you! 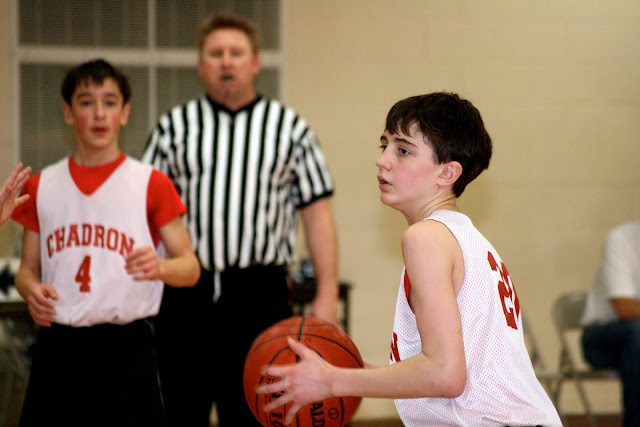 Taylor and his team played 3 games on Saturday and the last game on Sunday morning. Taylor is No. 20 for the Chadron Cardinals. In this picture you can also see one of his team mates Jackson Dicerkson, who is jut an exceptional little ball handler. Jackson plays forward for their team. 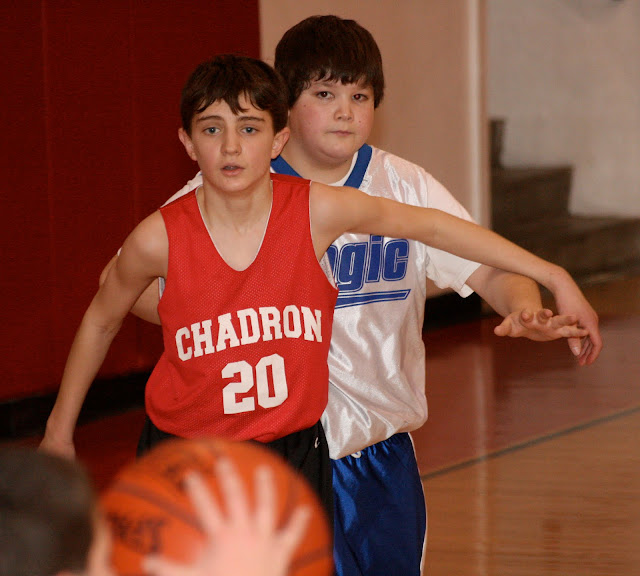 They did pretty good for having 3 of their team members missing. Most of the teams had 9 kids playing so they could refresh quite often, however that wasn't the case of the Cardinals, they didn't get off the floor but for just a moment and then had to get back into the game. . They didn't win a game, darn it, but they sure put up a good fight. 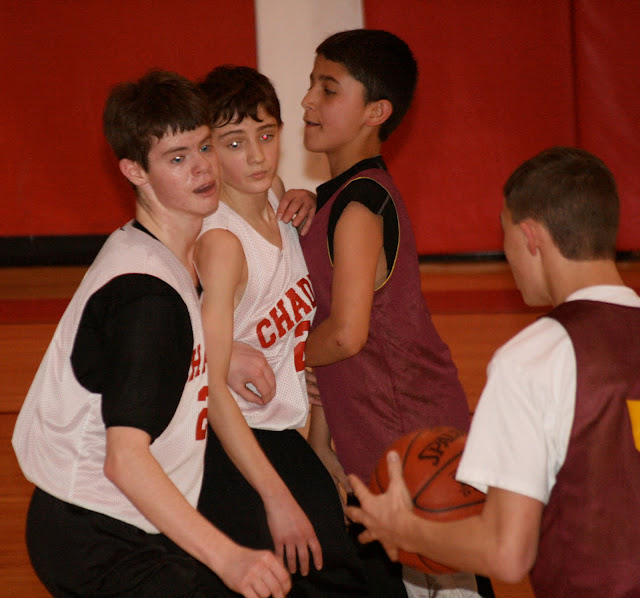 Taylor looks like the middle of an Oreo cookie, smashed in between his teammate and one of the opposing team members. 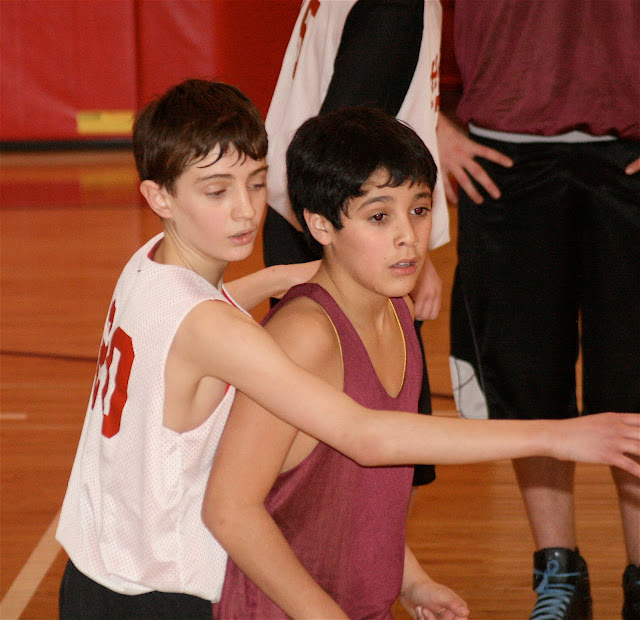 I think Defense is the best part of the game for Taylor, he is pretty aggressive and does a great job keeping the opposing team from under the basket. 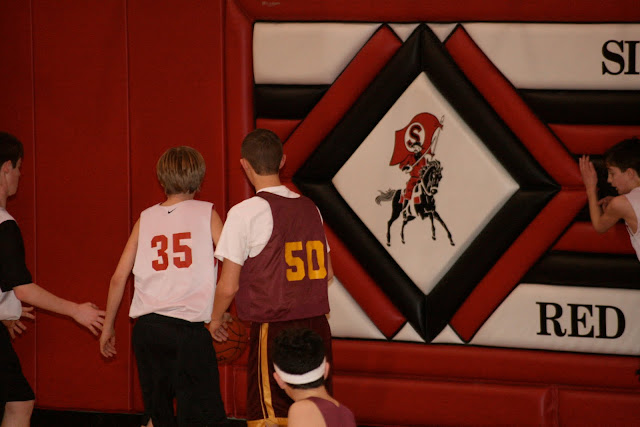 Now look really close at this picture, clear to the right......can you see him? Taylor went up for a shot was knocked out at the knees and smashed into the wall.....he didn't make the shot and didn't even draw a foul. Not sure how the ref missed that but he did, both of the refs did. But I told Taylor, "That's the way the ball................ 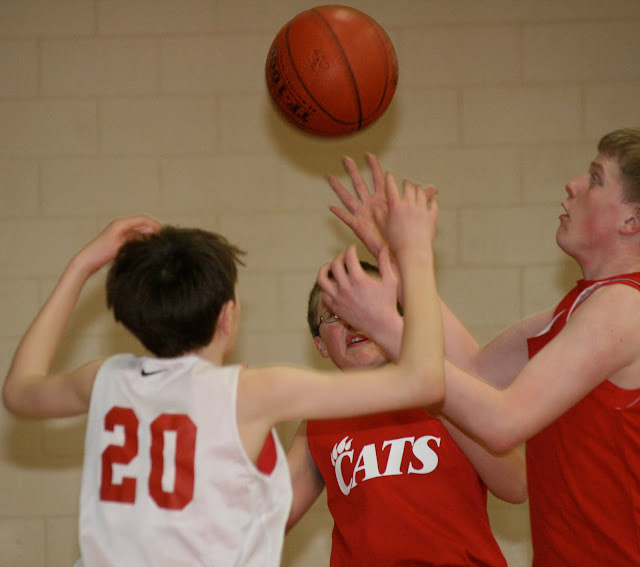 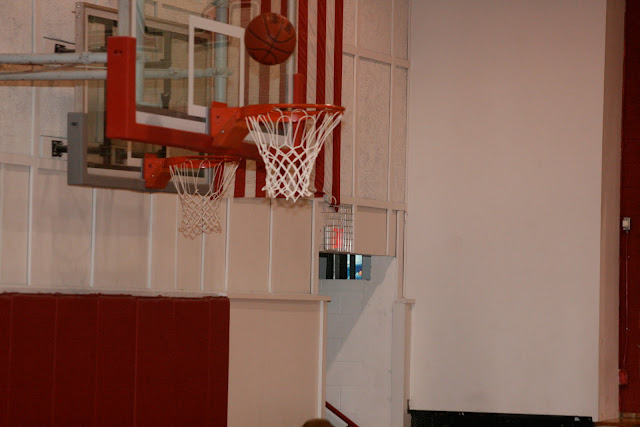 AND SOMETIMES RIGHT INTO THE OLE HOOP!
It was a lot of fun!
Posted by Debbie at 7:30 PM