I would really be amiss if I didn't blog about my chance to see my 'first love' in person. I could only have been all of 10 years old when I fell in love with Peter Noone, yes Herman of Herman and The Hermits. They were all the rage in the 60's and I was just another one of the groupies that loved to listen to "Mrs. Brown You've Got A Lovely Daughter" or "I'm Henry The Eighth I Am". My cousin lived with me at the time and although they weren't her favorite group she actually bought me one of their 78 records. She didn't seem to mind me listening over and over and over again to their music, so I think she liked them better than she admitted. It could have been that English accent that got me along with his wavy blonde hair. I'm thinking Justin Bieber may have stolen that hair do. 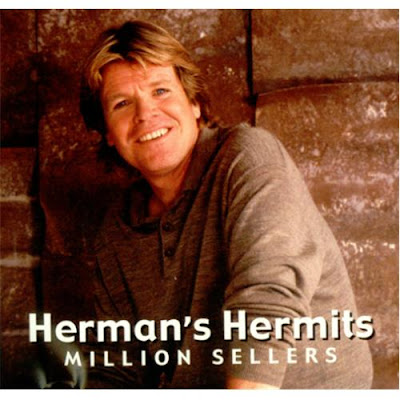 Here is a picture of him now. He joked about looking like Nick Nolte, but really he does, he looks an awful like him. Below is the photo of Peter from the 60's - and if memory serves me right it was the photo on either the cover or back cover of my record. Sorry but it was a really long time ago and although I THINK I have the album somewhere I don't really know where. It is too bad because if I had taken it with me and had him sign it they said it would be worth about $300.00. 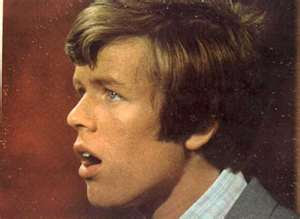 Herman and The Hermits and Davey Jones of The Monkeys were to perform in Deadwood, South Dakota this past Friday and my wonderful daughter bought me two tickets to attend their concert. One for myself and one for a friend, she even talked the friend into going. I didn't think anyone but myself would really want to attend and my friend really didn't remember the group - but she went. Now this friend is only one year younger than me, but for some reason, she just didn't remember Herman. Once they started playing she sang word for word along with the crowd and myself, so I know she knew their music just didn't really remember the group.

We made friends with the people in front of us, and well, to the side of us AND the back of us. We had a great time singing along with music and gabbing with the folks. I don't think there was more than a handful of people under the age of 50 except for those poor little children, whose parents drug them to it so we fit right in.
Now..................I just had to see him up close and get his signature so I bought one of his CD's and we waited in line to get him to sign it. And he did, I handed it to him, he signed it said "Thanks Miss" and THEN put his hand out to my friend and shook it and visited with her.......the unjustice of it all, she didn't even remember him! DANG, DANG, DANG. I thought she shouldn't wash her hand for the rest of her life - she thought I was an idiot!! It's ok - I got to see him, and it was all great. Had someone told me when I was a youngun' that I would have seen him in person I probably wouldn't have lived to see the day, I would have died from heart failure on the spot. Isn't life grand??

Let's not forget "I'm into Something Good". So I'm dating myself for I was a High Schooler and in love with Herman. Yep, was going to marry him! How fun to have met him and yes I would still have swooned!