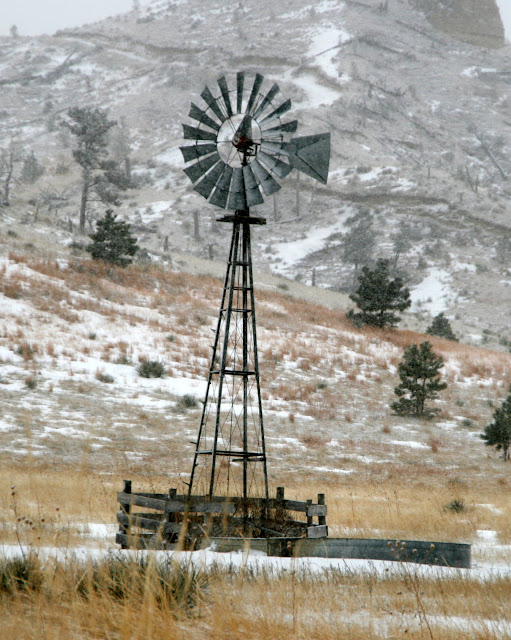 Even though it was a tad bit chilly and the snow was falling steadily today  I decided  I needed to get out of the house and practice what I learned yesterday at my first ever photo class. The class was all about 'knowing your camera'. Now I am not one who really cares about the guts of a camera or really how it works nor more than I wanted to learn the history of art when I started learning to paint. I just want to DO IT!
So I was a little skeptical about taking the class to say the least.  I have been shooting photos since I got my first camera at age 8, I even shot photos as a profession when I worked for the newspaper, I can't count how many senior pictures, weddings, sporting events  and family photo shoots  that I have done,  and I am sure that somewhere I learned about exposure, aperture, etc. etc. but most of my training came from the school of hard knocks.
So here I sit in class between 'By the Book' and 'Master of the Manual' thinking "Who cares if my camera is set on the correct exposure for the correct setting for the correct...blah, blah, blah. But then something happened... their enthusiasm was catching and I started learning a few things. And not only did I learn  from the teacher but also from the other students in the class.
I could tell that   'Book' and 'Manual' were rolling their eyes at me, I am sure wondering 'how ever did she get a good picture, she doesn't know anything'  when I realized something. An epiphany so to speak. When I first took pictures I know I read everything on photography, cameras, exposure etc. that I could. My first five or six cameras ONLY shot manual and I had to KNOW my camera, but alas with knew technology  I had  become complacent. Part of that being that I had lost a lot of my love of photography and part laziness, knowing that I could shoot on RAW and then use the computer to make up for the lack of bad photographs.
What did I learn you ask? Well maybe not as much about my camera as about me. I need to re-learn how to use my camera, get that old manual out and brush up on things, and I need to regain my love of photography. Don't get me wrong I DID learn new things about my camera and now I need to practice that, hence the photo shoot in the snow. I shot only on manual, I used my historgram to judge my exposure, aperature, film speed etc. and I also played with my new knowledge of white balance. Can't wait until next class - hope I get to sit with 'Book' and 'Manual' again!
Posted by Debbie at 5:31 PM

Hardy har har! Yes, I am by the book and soon I hope to be a master of my manual. Been reading it every day!

Bravo !! Great post. I can relate to all you said. Good Luck on your classes & Most of all Have Fun!